Foxtails and Your Dog: What You Need to Know

March 14, 2019
Based on an article that first appeared at
GeniusVets

Foxtails may look like harmless tall grasses to the untrained eye, but they’re actually devils-in-disguise. Common in the Western United States, this fast-growing weed can grow 4 feet tall and proliferate easily, spreading their seeds everywhere.

This is bad news for dog lovers as they’re downright dangerous to our sweet pups.

What disturbing danger do foxtails hide? It starts with those spikes. Each spike is a seed pod lined with miniscule barbs. That would be bad enough, but it gets worse. The barbs only go one way - forward - so they push themselves into anything they touch.

Unlike other burrs or other bits of detritus that may lodge in your pet’s fur and stay there, foxtails are a moving target, posing a real hazard to your pet’s health. The sharp seeds burrow not just into your dog’s fur but also into his skin and mucous membranes. They only move in one direction - forward - and they carry a nasty bacteria. If not caught early, foxtail seeds can cut through tissue and organs.

And since they’re so small, they can be tough to track down.

Now that you have a sense of the dangers these spiky seeds carry, let’s look at common places foxtails like to burrow once your dog encounters them outdoors.

While that may sound bad enough, they can also burrow their way into other sensitive areas, like the vulva, tonsils, interior of cheeks, and even organs. Obviously, having sharp, dagger-like points drive into one’s body is never ideal, but when it comes to puncturing organs, it can be deadly.

How to Protect Your Dog from Foxtails this Summer

The only way to avoid foxtails completely is to avoid areas where they grow. This is easier said than done because as the plants dry out, they drop the seeds on the ground and -- you guessed it -- they burrow into the ground. This means there are even more nasty foxtails next year. They’re found in yards, sidewalk cracks, woods, and anywhere they aren’t hunted down and eliminated.

Of course, you’re going to take your dog outside, so the best you can do is manage the foxtail problem. Yes, avoid fields full of them but also, follow these basic maintenance routines to try and keep your dog foxtail free. 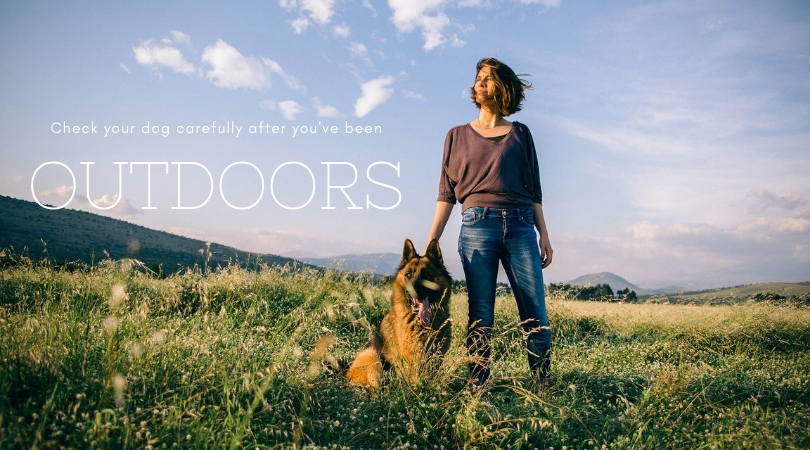 As mentioned above, foxtails are typically found in the western half of the U.S. It can save you a lot of heartache to familiarize yourself with this weed so you can attempt to avoid them as much as possible this summer.

If you have any questions before enjoying outdoor adventures with your dog, definitely get in touch with us!

For more information about foxtails and other weed seeds, particularly in Wisconsin, visit http://www.meanseeds.com.